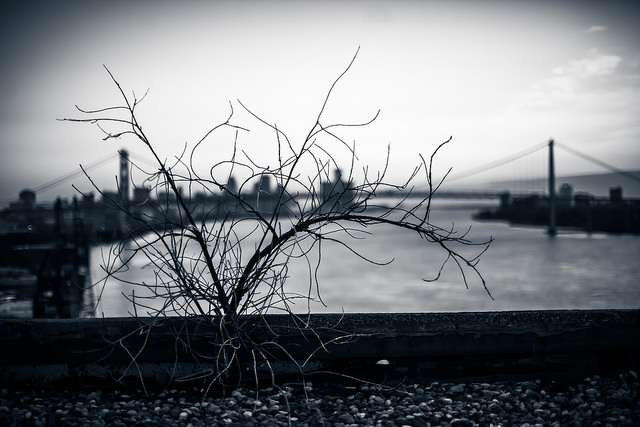 This post is the final post in a six-part series based on Dr. David Dykes’ sermon series titled “The Major Message of the Minor Prophets.” Dr. Dykes is the pastor of Green Acres Baptist Church in Tyler, TX.

We’ve spent of great deal of time looking at the minor prophets and the major message that they had for various persons, people groups and nations. God consistently sent a messenger to speak to those people with whom He was not pleased. Was it God’s judgment? Was it God’s grace in warning His people what might happen?

In our last post we asked if America was ready for Jesus to return. There have been plenty of connections with the warnings that God delivered to these chosen groups and with the current state of our country and our culture. But now the Jews are home, so where do we go from here?

About 100 years had passed since the return of the Jews. The city of Jerusalem and the second Temple had been built, but the initial enthusiasm had worn off. Following a period of revival under Nehemiah, the people and the priests had backslidden and become mechanical in their observance of the Law. Though lax in their worship and delinquent in their tithing, they could not understand why God was dissatisfied with them.

Does this sound familiar? Do we struggle with maintaining discipline? Do we seem to lose the fire after something brand new? So did the Jews. And often times when we being to search for meaning in what we are doing we also tend to question why we are doing it. Think about that for a second.

“ I have loved you,” says the Lord. But you ask: “How have You loved us? ”“Wasn’t Esau Jacob’s brother? ” This is the Lord’s declaration. “Even so, I loved Jacob, but I hated Esau. I turned his mountains into a wasteland, and gave his inheritance to the desert jackals.” (Malachi 1:2-3, HCSB)

Even after all of the warnings, God is left debating His people. His people continue to fall away to worldly things. God nudges them saying, “remember what happened to Esau?”

For indeed, the day is coming, burning like a furnace, when all the arrogant and everyone who commits wickedness will become stubble. The coming day will consume them,” says the Lord of Hosts, “not leaving them root or branches. 2 But for you who fear My name, the sun of righteousness will rise with healing in its wings, and you will go out and playfully jump like calves from the stall. 3 You will trample the wicked, for they will be ashes under the soles of your feet on the day I am preparing,” says the Lord of Hosts.” (Malachi 4:1-2, HCSB)

But while Jesus is going to return, there is a stark reality that comes along with that. God’s wrath. Why? God said himself He does not change. So the God of love that we serve, is also the God of wrath that we only know of. But God’s word remains true. Could God ever curse America? God will curse America. God will curse all of those who turn their backs on him.

There is plenty to be learned from the major message that the minor prophets had. That message still rings true today for you, your neighbor, your community, America and the world.