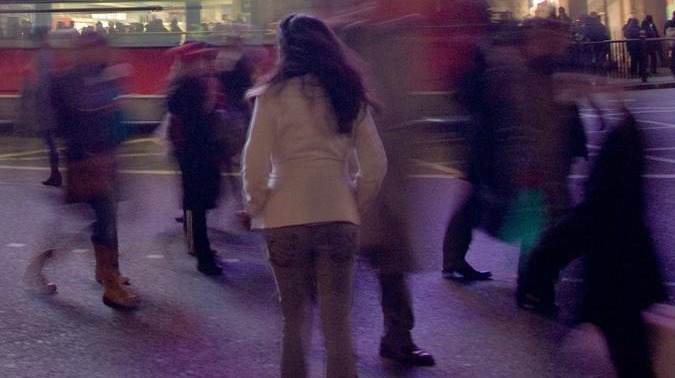 This blog post is part three in a six-part series based on Dr. David Dykes’ sermon series titled “The Major Message of the Minor Prophets.” Dr. Dykes is the pastor of Green Acres Baptist Church in Tyler, TX.

Sometimes we need constructive criticism in order to grow and expand. We may not always want to hear about our own problems or deficiencies, but in the end, it’s often necessary. In the long run it makes us stronger and better. But there is one caveat to the feedback we’ve received: We have to listen.

God’s prophets often fell into this category. In part 1 of this series, we saw this with the nation of Edom and now we are seeing it play out with God’s own people in Israel. God would choose a follower and give them a vision. That vision would have a message for a person or people group. The follower, now a prophet, would deliver the message. In the case of Edom? They didn’t listen and were destroyed. In the case of Israel? Well they told Amos to leave.

Hosea was a little bit different though. When we look at Hosea, it begs the question that surely there was hope for Israel right!? As we’ve been connecting the message of the prophets to our current culture, surely we can conclude that there is hope for America!?

Hosea’s life became a parable. God not only used Hosea to deliver a message but wanted to make Hosea the message, so He told Hosea to marry a prostitute. Pretty bold move.

“When the Lord first spoke to Hosea, He said this to him: Go and marry a promiscuous   wife and have children of promiscuity, for the land is committing blatant acts of promiscuity by abandoning the Lord.” (Hosea 1:2, HCSB)

If you read on through verse eight you will see God instructing Hosea what to name His kids based on representations of what Israel has done to God and what God will do to Israel. Hosea was probably pretty excited to receive this vision from God. I’m sure he thought it might be a little messed up by telling him to marry a prostitute. But no less, Hosea was faithful. Maybe Hosea thought that God, through Hosea, could fix his wife, Gomer. But isn’t that how God works sometimes? The message isn’t in marrying Gomer. It’s in what happens next.

Gomer gave up. She left. She left Hosea a ‘Dear John’ letter. But God gives Hosea another set of instructions:

” Then the Lord said to me, “Go again; show love to a woman who is loved by another man and is an adulteress, just as the Lord loves the Israelites though they turn to other gods and love raisin cakes.” (Hosea 3:1, HCSB)

It’s important to take note of what God is doing here. He tells Hosea to love her no matter what, just as the Lord loves the Israelites, no matter what. Through Hosea God warns Israel of their destruction but the message is something greater. God promises of a time when His nation, His people would return to Him!

“For the Israelites must live many days without kin or prince, without sacrifice or sacred   pillar, and without ephod or household idols. 5 Afterward, the people of Israel will return and seek the Lord their God and David their king. They will come with awe to the Lord and to His goodness in the last days.” (Hosea 3:4-5, HCSB)

God has moved beyond the destruction of a nation, but rather the redemption of His people! Even after the destructive messages of Amos and the promise Hosea brought of destruction, God shows love and grace beyond anything we can ever fathom. So is the message here really about the physical nation of Israel? Or is it possible this vision points to something greater?

Is it possible this vision points to Jesus Christ!?

We could all agree that America has become a nation that turns to other gods and loves raisin cakes. We love money. We love our cable TV subscriptions. We love our cars. We love our pets. We love stuff. Do we put these things before God? If as a nation we value stuff more than we value God, is there any hope for us? Are we doomed for destruction like Israel, like Edom?

The story doesn’t stop with the destruction of a people group. The story begins with the saving grace of our redemptive Savior.