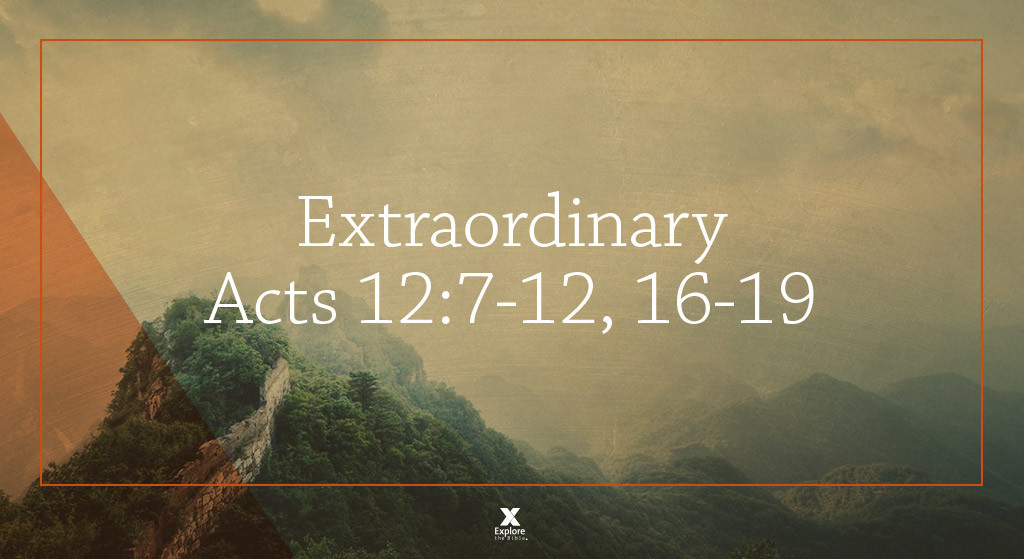 “So Peter was kept in prison, but prayer was being made earnestly to God for him by the church” (Acts 12:5).

According to a 2014 Pew Research Center survey, 55 percent of Americans say they pray daily. Another 21 percent claim to pray at least weekly or monthly. With the U.S. population nearing 325 million people, that’s a lot of pray-ers. And a lot of prayers!

I have a hypothesis about prayer. While I can’t say that it is supported by a research survey, I believe it is a fairly self-evident axiom. Examples of it can be found in Scripture. Here’s the statement: At any given time and place, the number of prayers offered and their intensity are directly proportional to the level of threat and uncertainty perceived in the culture. To state the axiom another way: Danger drives many people to their knees in prayer.

I recall the intense praying that went on in the area where I lived immediately following the September 11, 2001 terrorist attacks in the U.S. For a month or so, floods of people poured into neighborhood churches to pray—not only during regular worship times but also each and every day. People’s hearts were burdened, and many citizens were afraid of what might happen next. So they responded in the best way they could. They prayed.

Growing believers do not simply wait for times of crisis before they pray. They pray daily, and they pray about many things. However, times of crisis can tend to focus the prayers of God’s people on something they desperately need or fervently hope for. That was the crux of a church prayer meeting Luke described in Acts 12.

Life had become dangerous for Christians in first-century Jerusalem. Jesus Christ had been raised from the dead, had commissioned His followers, and had ascended to the Father. The Holy Spirit had come upon, indwelled, and empowered the church to make disciples of all nations. The gospel had begun to take root outside Jerusalem—in Samaria, where Philip evangelized (Acts 8:5-8); in Lydda and Joppa, where Peter ministered (9:32-43); and in Antioch, where Paul and Barnabas preached (11:22-26).  However, opposition to Christ and the gospel from Jewish leaders and top government officials heated up at the same time. Herod Agrippa I turned viciously on the church, attacking believers and executing church leaders (12:1-2). When Herod saw that killing James (one of Jesus’ first disciples) pleased the Jews in Jerusalem, he seized the chance to arrest and execute Simon Peter as well. The execution was set for the day after the Passover festival ended (12:3-4).

In response to the prospect of Peter’s martyrdom, believers in Jerusalem assembled to pray—to pray earnestly, fervently, passionately, and pleadingly for Peter’s rescue (12:5). God answered their prayers and rescued Peter from Herod’s cruel plot (12:6-19). In the process, Peter and the church in Jerusalem learned some important things about answered prayer. What they learned could also help us today as we pray.

Soon they realized the young girl wasn’t crazy and that God had indeed answered their prayers. Their initial response, however, should make us uncomfortable in that it exposes how we pray at times. We pray but really do not expect the Lord to answer our prayers. Jesus taught His disciples, “All the things you pray and ask for—believe that you have received them, and you will have them” (Mark 11:24).