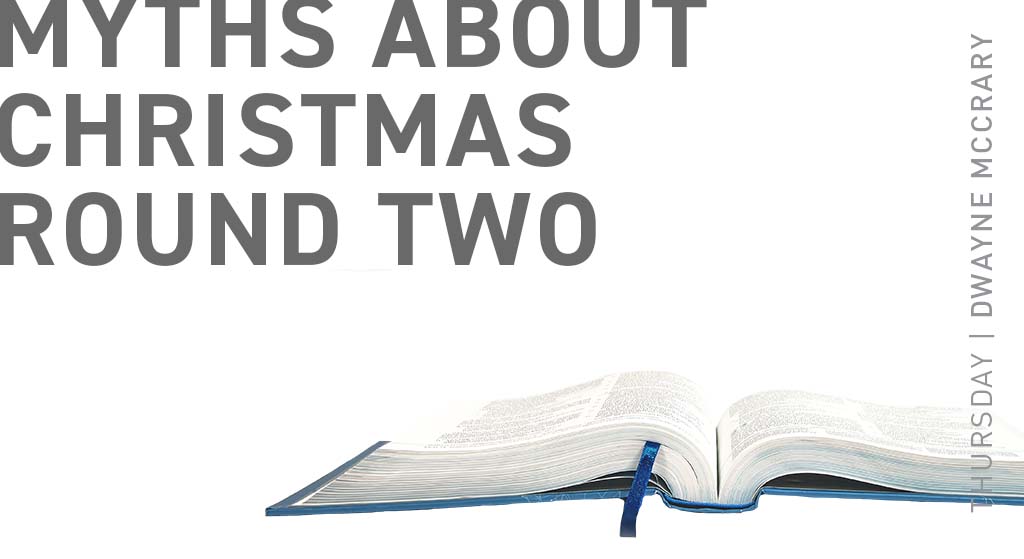 In December of 2020, we presented a list of eight items that some may believe to be true about the Christmas story but are not included in the biblical record. That list sparked more thought which led to us adding three more items to the list. Here are the three:

So, what does the Bible say about these three ideas?

Luke tells us that Joseph and Mary traveled from Nazareth to Bethlehem to register for a census (Luke 2:4-5). If we draw a direct line on a map, the two cities are seventy miles apart and we can be sure that the roads were not direct lines which adds to the distance. We are not told what path they took so we don’t know the exact mileage they traveled. We are not told what mode they used. Mary most likely walked, the most common mode of transportation in her day. Walking would have also been the fastest mode of transportation, being able to cover twenty miles in an eight-hour day (or a four-day journey). Donkeys are not known for their speed which would have lengthened the travel time and they were generally used as pack animals as opposed to ridden.

In pageants and other presentations, we get the sense that Mary and Joseph arrived in Bethlehem with Joseph pleading with an innkeeper, knowing that Mary would go into labor that very night. We dealt with the innkeeper idea in the initial list, but let’s look at the timing. Mary was visited by Gabriel and then made her way to visit Elizabeth (Luke 1:26-45). Elizabeth was six months pregnant when Gabriel visited Mary per Luke 1:16. Mary traveled from Nazareth to the Judean hill country to see Elizabeth, some ninety miles away and south of Jerusalem (Luke 1:39). Mary stayed there for three months (Luke 1:56) most likely leaving after the birth of John. She then traveled back to Nazareth, another ninety-mile trek over hills and through valleys. Joseph became aware of Mary’s pregnancy and was then visited by an angel which led to him taking Mary into his home (Matt. 1:18-25). Most scholars believe Mary was at least in the third trimester of her pregnancy when she and Joseph traveled to Bethlehem. Luke gives us so much detail in his Gospel so if the birth had happened on the day of their arrival, we would expect him to include that detail. Luke simply tells us that while they were in Bethlehem she went into labor (Luke 2:6), leaving us with the impression that the birth was soon but not immediate upon their arrival.

Angels were present during Jesus’s birth

How many manger scenes include an angel hovering over the stable? We also get the sense that angels were the attendants or like the hospital staff just outside the door. They provided the heat and the light for the stable that evening. Luke tells us that angels appeared to the shepherds in the fields to tell them the news of the arrival Luke 2:9-14), but we are not told how they knew of Jesus’s birth. Luke nor Matthew tells us who was present at the actual birth. We assume Joseph was present, but some extra-biblical writings portray Joseph as securing a midwife to assist Mary. The Bible is silent at this point, so we don’t know if Joseph, others, or angels were actual witnesses to the birth of Jesus. What we do know is that Jesus was born in a lowly state, reminding us that salvation is available to all regardless of their social status.

Want to find out how Explore the Bible can help your groups dig deeper into the Bible and discover what it really says? Request a sample here.