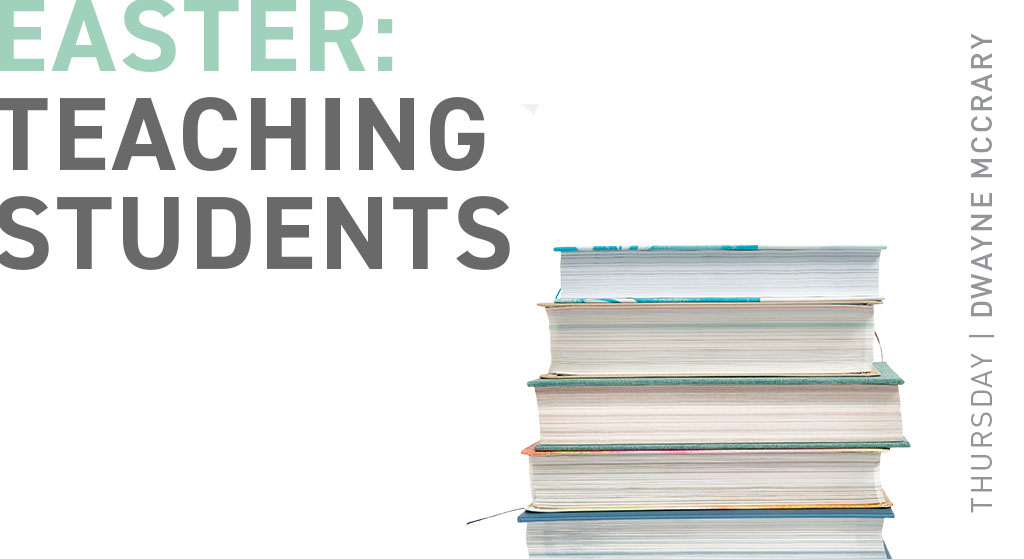 “Are you telling me you really believe that the entire world was covered in a flood while pairs of animals were spared in a boat!?”

The young man who asked me this question had walked past our booth numerous times. My church was passing out water at our community Independence Day Celebration downtown. He was upset. In fact, it seemed like he wanted to talk at me rather than have a conversation. After he finished rattling off a dozen things in the Bible that he thinks could never have happened, I said, “Thanks for coming by, those are really great questions. It’s really hot out here, would you like a bottle of water—no strings attached?” His demeanor changed and he accepted a bottle of water and even apologized for the aggressive way he had approached me.

I asked him if I could share with him something far wilder and crazier than a global flood. He agreed and I told him that I believe that Jesus really did rise from the dead. This led to a profitable discussion about faith, life, and hope. Most importantly I was able to offer him hope by talking about what Jesus accomplished for us through His life, death, and resurrection. This conversation led to an exchange of numbers and a few other follow up conversations. I can’t say whether this young man ever converted, but I can say that he left these conversations more hopeful and with a clearer understanding of who Jesus is and what He came to do.

A recent study by One Hope on Global Youth Culture found that 45% of teens believe all religions teach equally valid truths. When that question was posed to teens who profess to be Christians, an equal percentage said the same thing. The problem with this is Jesus. Jesus said things like “I am the way, the truth, and the life. No one comes to the Father except through me” (John 14:6), (John 10:30), and “[to a paralytic] your sins are forgiven” (Mark 2:5). In other words, Jesus cannot just be one of many equally valid truths when He claimed to be the truth and the only way to God.

And yet, 31% of teens who profess to be Christians disagree that forgiveness of sins is only possible through faith in Jesus Christ. If you are like me, when you hear these kinds of statistics, your first thought is, “That’s not true of the teens at my church–we teach the gospel clearly.” However, when I slow down and think about it, I do not want to make the mistake of assuming stats like this don’t apply to my situation. It would be better to go the extra mile to make sure I am teaching teens clearly and winsomely about the life, death, and resurrection of Jesus.

Furthermore, such teaching is crucial for equipping the students in our churches to live missionally. When the angry young man accosted me about the worldwide flood, it was my mention of the resurrection of the dead that caught his attention. You see if Jesus really did rise from the dead, that changes everything. If Jesus really did rise from the dead, then He proved that He is who He said He is and He really did accomplish our salvation through His death and resurrection.

If you are wondering how to get started teaching your students about the significance of the resurrection, perhaps you could start by simply sharing your story. Each session of Explore the Bible Students has a section called, “Be Vulnerable” and on Easter this year, we challenge you to think back to how you came to the conclusion that Jesus really did rise from the dead. How did you overcome any lingering doubts that you had? What led you to believe that Jesus really did conquer sin and death for us? Sharing your story will make clear to your students that faith in the risen Jesus is something that matters deeply to you and it will challenge them to consider their own beliefs. It could be the first step toward them finding new life in Christ.

Drew Dixon leads the team that creates Explore the Bible Students. Request a free sample of these resources here.