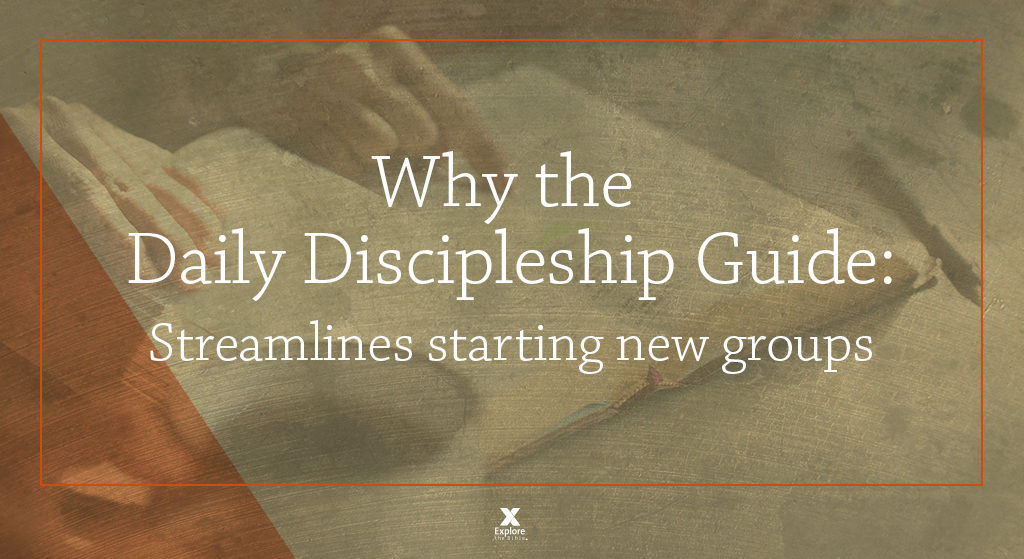 In Exodus 18, we find Moses worn out by a day of being judge. Jethro, his father-in-law, suggested that Moses train others to help. He suggested organizing the nation into groups of 1,000s, 100s, 50s, and 10s, with a capable and trained judge placed over each group. Sounds reasonable and simple enough. But think about the math. If the total population of Israel at that time was 2 million (estimates vary), then Moses would have recruited and trained 262,000 people to fill those roles. Even if he recruited only the leaders of 1000s and let them recruit the others, he would still need to recruit and train 2,000 people. Finding and training leaders has always been the issue no matter who you are!

When we were looking at the design of the new Daily Discipleship Guide, we wanted to find a more natural way to prepare and train new Bible study leaders. The solution was to include the leader helps in the back of the resource. By being in the back, the plans don’t get in the way of the majority of the group while still being in everyone’s hands. Here’s the idea for how this might work to streamline the creation of a new group.

Not everyone in the group will become a Bible study leader, but for those who do, you have just streamlined the process by using the Daily Discipleship Guide.

Download a sample of the new Daily Discipleship Guide at lifeway.com/exploredaily and look at the leader sections at the end of the sample. How can you use an all-in-one resource to train future Bible study leaders?