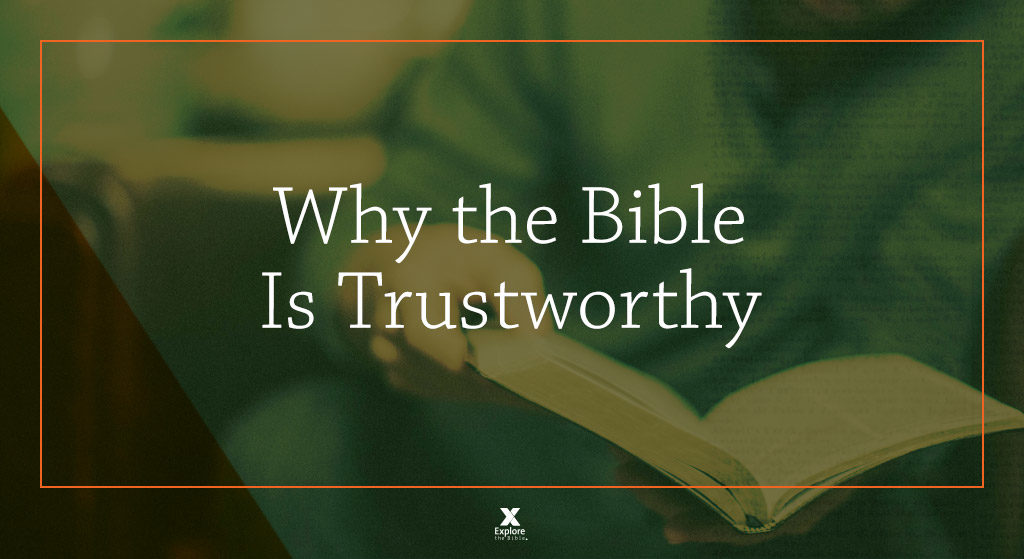 Over the course of the past year, we’ve seen a vitriolic onslaught against the truth of God’s Word.  Perhaps you’ve heard it on TV, blogs or even across the fence.  As a Christ follower, I’m with Peter. He wrote in 2 Peter 1:21 “No prophecy ever came by the will of man; instead, men spoke from God as they were moved by the Holy Spirit.”

We can trust the Bible.  There are lots of reasons why we should trust scripture. Let’s look at 5 questions you may be asked about the integrity of this amazing gift called the Bible

Actually, no. There are more changes and inconsistencies in the writings of Shakespeare than the entire canon of scripture. The amazing truth of God’s word is that there are scant few passages that have changed through the centuries and those changes are more about whether the passages in question were added later. And chances are, that you’ll find notations of those in your copy of the Bible that you own. When it comes to the actual consistency of the writings, it’s fidelity and specificity of detail are miraculous. Meticulously flawless.  Like 99.5% according to most theologians.

Well, actually, the opposite is true. The more they dig, the more archaeologists find things historians have doubted for centuries- Herod’s palace, seals of Biblical rulers, the existence of Jewish artifacts in Egypt, evidence of the Assyrian nation that was once questioned to exist, the ruins of Jericho, the whole of the Hittite nation, and list goes on.  Keep digging. The evidence of the Bible’s truth seems to grow by the shovel-full.

Certainly. Scripture has forged new nations, changed cultures, formed the imagery of our language and even changed how we record time. Even famous atheists will use phrases and axioms that find their origin in scripture. It’s impossible to separate the Bible from culture.

“If you take the Bible as a whole, you see a process in which something which, in its earliest levels . . . was hardly moral at all, and was in some ways not unlike the Pagan religions, is gradually purged and enlightened till it becomes the religion of the great prophets of Our Lord Himself. That whole process is the greatest revelation of God’s true nature”[1]

If this is the argument, then I must wonder if you and I are reading the same book, my friend! The Bible is raw, real and rigorous. The thing I love about God’s Word is this: It’s a director’s cut of the Good News. No deleted scenes. No formulaic ending, no apologies and no edits. It tells the whole story.  There are lots of things that I would have censored out, but God chose to tell the truth. It shows heroes with flaws. You won’t find a Clark Kent type in this book other than Christ- who was the Word. Men and women fail and then succeed. Or they succeed and then fail. Most of them do both. There’s no glossing over the history, even in it’s most embarrassing detail. The Bible keeps it real.

Personally, I can vouch for the truth of the Gospel because of how it has changed everything about my life.  It’s the light unto my path. It calls for radical love- it propels us to snatch people out of the leper colony and the Bethesda’s pool of self help and holistic healing. It leaves the servant work to me. And it dares me to believe in something from nothing, life from death, and beginning from ending.

Yes, it can be trusted. And when you trust the truth. Wow! Will it ever set you free!