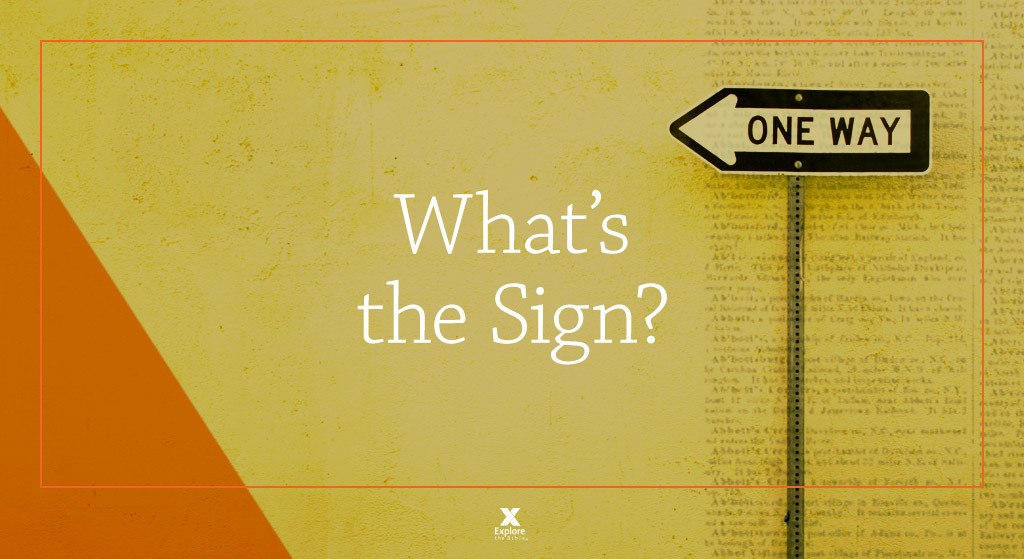 People who would demand proof from God in exchange for their belief in Him do not understand the nature of faith, may never be satisfied, and may resort to calling good “evil.”

The scribes and Pharisees had seen sign after sign, yet demanded another sign from Jesus in Matthew 12. They had seen everything they needed to know that Jesus is Lord, but were not satisfied. In fact, after having witnessed Jesus perform a miracle earlier in this very chapter of Matthew, they claimed that He wielded satanic power to achieve them. This is, ironically, a beautiful apologetic. That Jesus’ biggest critics would acknowledge that a miracle had taken place at all proves that the miracle took place. Rather than trying to frame the miracle as a sham, they blasphemously called it evil; their only response other than acknowledging Jesus’ lordship.

Jesus’ response to their request for a sign is fascinating. He answered in verse 39, “An evil and adulterous generation demands a sign…” The act of demanding a sign is associated with evil and, interestingly, adultery. We can understand how it was evil of them to demand that Jesus dance to their music, but the way Jesus described such a generation as adulterous is intriguing. My personal interpretation is to understand it in light of the nature of adultery; being given everything you need in a God ordained sense, yet seeking more that is outside of God’s will. These scribes and Pharisees had been given everything they needed. In fact, as Jesus would go on to explain in verses 40-42, they had been given more signs than previous generations. They had heard the teaching ministry of Jesus with their own ears and had witnessed His healing ministry with their own eyes, yet demanded more. Perhaps this is what Jesus meant when closing out His parables with the phrase “He who has ears to hear, let him hear.” Though the Pharisees had physical ears and heard physical sounds, their spiritually hard hearts did not actually hear the true meaning of Jesus’s teachings. Further building on Jesus’ use of the word “adulterous” is the way in which the adulterer is never satisfied just as these scribes and Pharisees would never stop demanding signs from Jesus.

Their hard-heartedness condemned them. The only sign left for them to see would be Jesus acting out the sign of Jonah. Similar to the way Jonah was consumed by the large fish before being released three days later, Jesus would die and come back again (vv. 40-41).

Sadly, as we know from having read the rest of the Gospels and the book of Acts, even this undeniable sign would not convince all of the scribes and Pharisees. Often, those who demand proof from God in exchange for their belief in Him will not actually concede to His lordship when they receive the proof. Rather, they will suppress it, or call it evil. Do you see this same act of calling good things “evil” being carried out in the public narrative today? How perfect, then, that Jesus would mention Solomon in verse 42 as, indeed, “there is nothing new under the sun.”