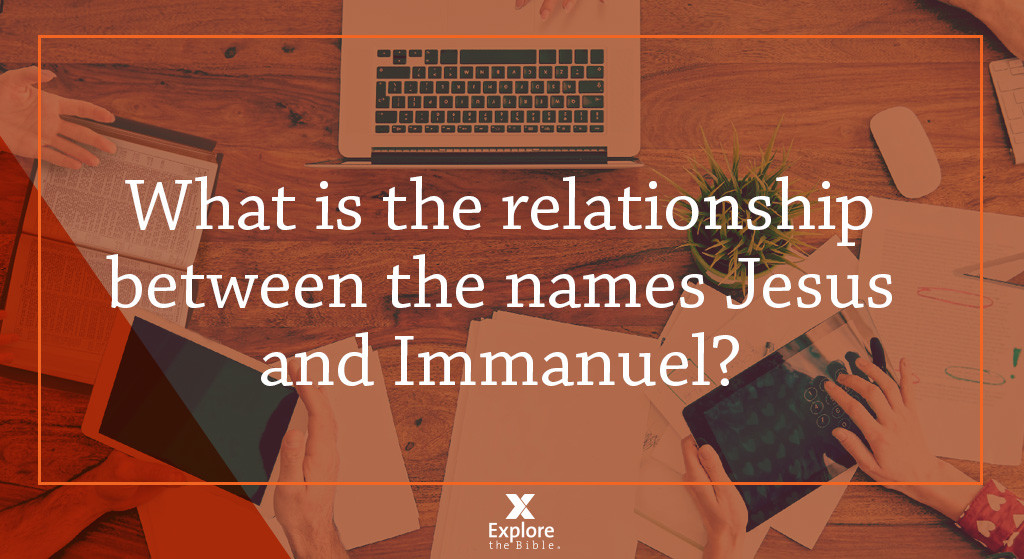 The angel and Matthew used two different names to be given to the Child. The text simply reads:

The angel told Joseph to name the soon be born Child Jesus. This was a common name given in that day, meaning “Yahweh is salvation.” The Jews were looking for a promised savior that would save them from Roman domination. They were looking for a political and military leader when they should have been for something much greater: the One who could rescue them from their sins. His name reveals what He came to do. Pointing to Isaiah 7:14, Matthew declared that the child would also be known as Immanuel. This title tells us how He would save us from our sins. The God of the universe, the Word who spoke creation into existence, became one of us so that He could deliver us from our sins. Our salvation is tied to His presence.

You and I are not capable of securing our own salvation. Even on our best day, we are not capable. The problem is you and I carry another name that we have exceeded in living up to. That name is sinner. It is through His presence, His righteousness, and His standing by us as our Advocate before the Father that our salvation is secure. This idea was so important to Matthew, he framed His gospel account with the promise of God’s presence (Matt. 1: 12 and 28:20).

Dwayne McCrary is the team leader for the teams that create the Adult and Young Adult Explore the Bible resources. @gdwayne on Twitter