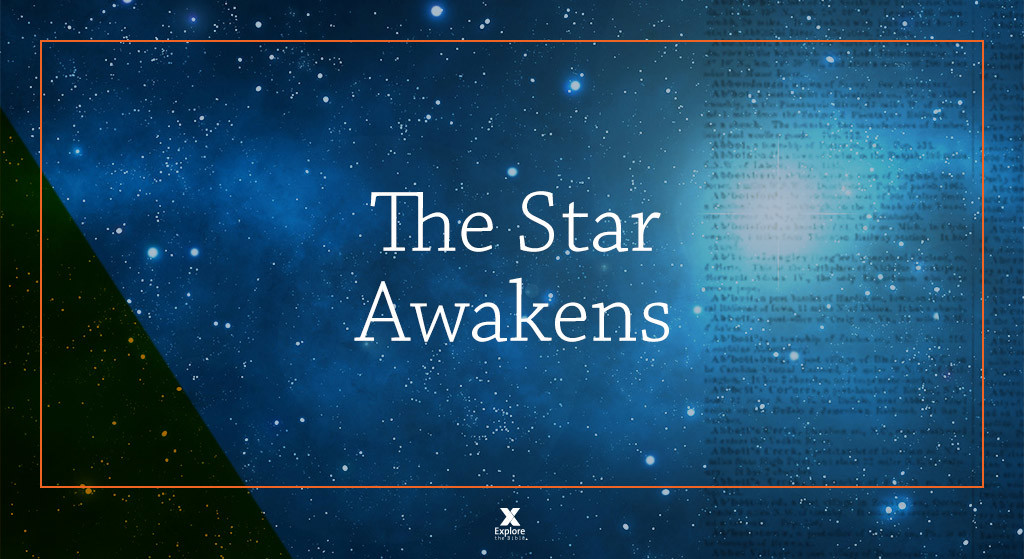 “A long time ago in a galaxy far, far away…”

I can see the words in my memory as they scroll up the movie screen. It felt like something epic was on its way. They are the words that begin one of the most iconic movies of all time: Star Wars. During this holiday season, the next chapter of the movie series will release. With Star Wars VII: The Force Awakens, we will once again follow a band of rebels fighting for their freedom. What is it about these movies filled with aliens, heroes, and starships that have fascinated so many?

The sci-fi series of movies is part comedy, part drama, and a whole lot of special effects. They are filled with cheesy dialogue and over-the-top acting. But, the underlying story is true. Evil has taken a hold of the universe and everyone is waiting for a hero to save the day. In the Star Wars universe, we know who the good guys are but the bad guys somehow keep winning. So, we keep buying movie tickets.

The Star Wars saga is so popular because the story is so familiar. It points to the greater story of real life. An evil force has gripped us and we need a hero. But all the ones we see are so flawed. The main hero – Luke Skywalker – is just an overgrown teenager with lots of angst. Han Solo is little more than a mercenary who periodically finds the will to do what is right. Meanwhile, Princess Leia harangues everyone about fighting the battle that will win back the people’s freedoms. No one person is up to the task.

We tell stories and make movies like these because we want to believe that a true and better hero exists. In this Christmas season, we celebrate the arrival of that Hero – Jesus the Christ the Son of the Living God.

The story of Jesus’ arrival gives us hope that we don’t have to wait any longer. He has zero character defects. His will is kept perfectly in tact to face the enemy. When the moment arrives for sacrifice to be made, Jesus does not need anyone else to step in. Knowing that every other character is a minor one in the work of redemption, Jesus takes up the task for facing down our enemy. But, in the true story, light sabers and gunships are what they are, just the work of fantasy. They represent people making a sacrifice. He is the sacrifice.

Star Wars caused a generation to look to the stars and wonder who would be the hero. Jesus has already given us the answer. He is the Bright and Morning Star that shines across the horizon of our night. He does not need an armada or training. Jesus has come crossed the oceans of eternity and He has done so for you.