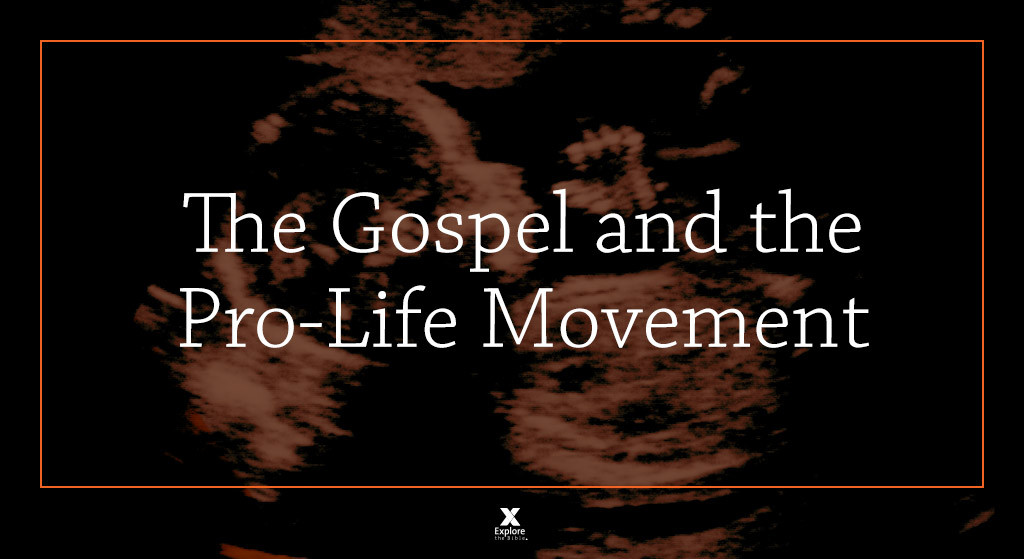 In recent months, the heroic work of the Center for Medical Progress has revealed to the world the gruesome practices of Planned Parenthood. Through their videos, we clearly see the truth about the abortion industry.  This reminds me of the work of the great abolitionist William Wilberforce, who said about the inhumanity of slavery: “You may choose to look the other way but you can never say again that you did not know.”

Today’s pro-life movement is grounded not in a political platform or even in an ideological movement. We, at the Ethics & Religious Liberty Commission, hold a pro-life ethic based on certain creational and gospel foundations.

Everything in creation was created after its own kind, but man was created imago dei, in the image of God. (Genesis 1:26) All of creation was spoken into existence by God. But humankind was different. Man was sculpted by the hands of God from dust, and then, God breathed into him the breath of life. This shows the intimate relationship God has with humanity, and the value He places on all human life at every stage.

Jesus literally “became flesh” (John 1). Jesus experienced the full range of fetal development, from conception to child development to adult maturity (Hebrews 4:15; Philippians 2:7). Clearly, the Incarnation narrative considers the unborn Jesus to be more than a soul-less fetus but rather deity in the flesh from the point of conception.

When Cain slew his brother in cold blood, God told him the “voice” of Abel’s blood “cried to him from the ground.” (Genesis 4:10) Throughout Scripture, murder is the chief weapon of Satan, whom Jesus labeled a “murderer.” (John 8:44) Jesus was enraged in his soul (John 11) when looking upon the dead corpse of his friend Lazarus. To strike out against another human being is to strike out against God in whose image he was created.

To be truly pro-life, we must live out our convictions every day–when it’s convenient and when it’s not. How do our pro-life convictions translate into action?

We must both speak a prophetic word to the culture and a word of grace to the broken. Abortion is just one symptom of the curse of sin upon the human heart and upon creation (James 1:15).

In the Garden, when Adam ate the fruit, God wasn’t surprised. He already had a plan to rescue His creation (Genesis 3:15). Just as one man’s disobedience ushered in sin and death, so one man’s obedience in Christ brings life and healing and restoration.

For the woman who has aborted a baby, for the abortionist who takes innocent life, and for all who have violated God’s standard of righteousness, there is forgiveness offered at the cross.

More than just addressing the issue of abortion, we must view every life as sacred, from cradle to grave.  So we champion the unborn, but we also champion the child in poverty, the disabled, the immigrant and the elderly. God’s people should advocate for justice, wherever human dignity is compromised.

To be pro-life means more than just checking a box during an election year, but serving as a champion for life in your community. All around you there are opportunities to push back against a culture of death, whether it’s through adoption, ministering in a pregnancy resource center, foster care, or mentoring. Our churches must have a posture of welcoming children and seeing them as a sign of God’s favor, not a nuisance.

God has given us a stewardship as citizens of a representative republic. We must make winsome arguments that speak to the conscience of the nation. When we do this, it matters not just what we say, but how we say it. We must speak with courage and civility (1 Peter 3:15).

These reasons and more, are why we are hosting Evangelicals for Life, the first annual pro-life conference in Washington, D.C., in partnership with Focus on the Family. We want to equip a new generation to be champions for human dignity, wherever it is compromised. Our event will culminate with the March for Life, a gathering of thousands who speak for those who have no voice, before a watching world.

Please prayerfully consider joining us at Evangelicals for Life, where you can be inspired and equipped, and make your voice heard.