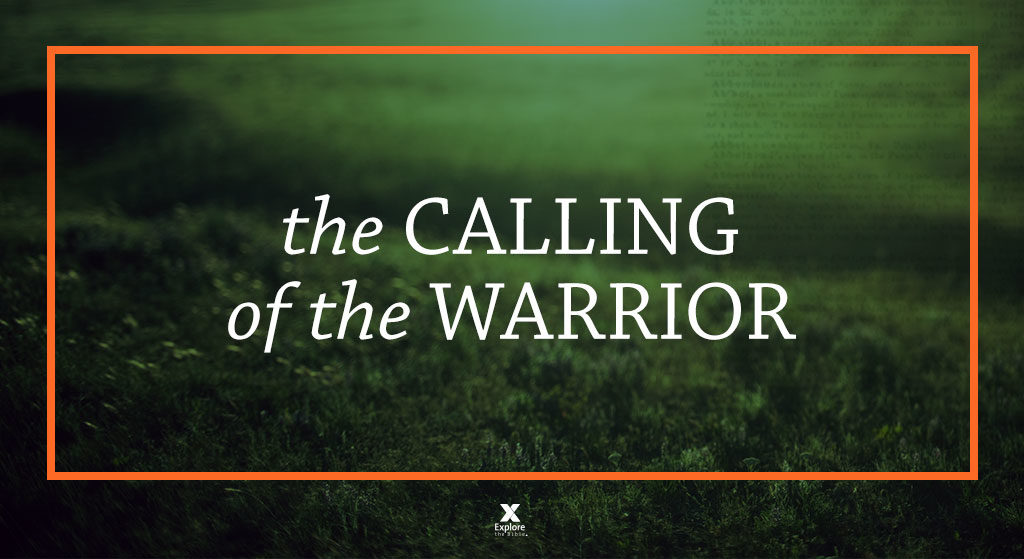 There are some laugh-out-loud moments in the middle of divine encounters. I believe one of them occurred when a timid, barely-getting-by Israelite was eking out an existence, hiding from the Philistines and surrounded by idolatrous family members is addressed by THE Angel of the Lord. Notice the adjective in the angelic greeting: “The Lord is with you, Mighty Warrior.”

I can imagine Gideon saying that familiar Robert Di Niro line: “Are you talking to me? He’s in the threshing floor. He’s hiding. He’s scraping together some wheat for survival.

Gideon gets philosophical and asks the Angel. Where are the wonders? Why has all this happened? Why do we have these evil people over us?”

Notice that the Angel ignored the barrage of fear-based questions and said, “Go in this strength you have…” And I’m thinking to myself, Strength? Mighty warrior? What’s wrong with this picture?

Evidently, the Angel of the Lord had a different perspective than Gideon.

The Angel saw his potential not his posture.

The Angel saw courage in Gideon underneath all the cowering.

The Angel saw a testimony in the future, not the timidity of the present.

It’s fascinating to me that many theologians believe that Malakh YHWH, the Hebrew word for “The Angel of the Lord” could refer to a Messianic visitation before Jesus was born in Bethlehem. (Also know as a Christophany- a preincarnate visitation of Christ.) This makes total sense to me because it’s what Jesus does for us.  He sees the courage in us when we don’t even see in ourselves. When Jesus looks at us, he’s not rolling His eyes at our fear and trepidation. He’s not tapping his foot, waiting for us to get our act together. He is for us and He agrees with the words Peter wrote about us:

His divine power has given us everything required for life and godliness through the knowledge of Him who called us by His own glory and goodness.

Maybe today you feel like God is finished with you. I would politely disagree. He’s just getting warmed up!