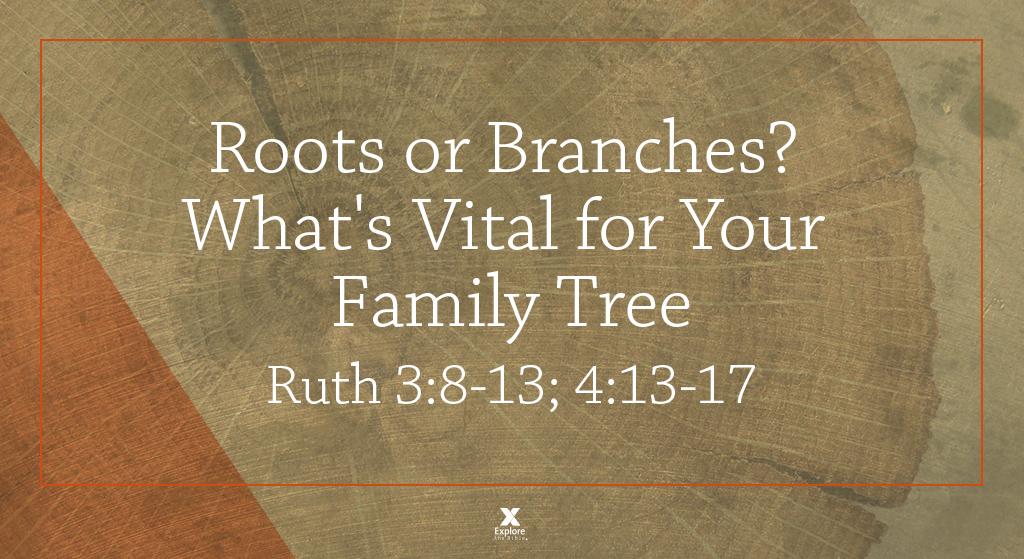 What is the biggest tree you’ve ever seen? A few summers ago, my family (including two grandsons) and I visited Sequoia National Park and Redwood National Park in California. We could barely contain our excitement as we stood before some of the biggest trees in the world. We linked hands to encircle a sequoia’s massive trunk but could reach only halfway around. Later, while standing in front of a towering redwood we had to bend backward, limbo-like, just to glimpse the top branches. I found myself thinking about the root systems beneath those amazing trees. If the visible parts—the trunk, limbs, and branches—were so impressive, how broad and deep must be the unseen, underground network of roots?

We might ask a similar question about a different kind of tree: the family tree. Family trees play an important role in Scripture. In fact, the Book of Ruth starts by telling the story of a family’s bouts with great trouble and tragedy. It ends by giving a snapshot of a family tree. Both the story and the genealogy reveal God’s amazing power to work through families to bring about His redemptive purpose.

Ruth’s original family tree didn’t offer her much in terms of spiritual roots. She was a Moabite, and her family worshiped idols. However, she married into an Israelite family that had relocated to Moab during a time of famine. When both her husband and Israelite father-in-law died, Ruth devoted herself to her widowed mother-in-law, Naomi, returning with Naomi to the land of Israel when the famine ended. There, Ruth met Boaz, a male relative of Naomi’s who also was willing to serve as the “family redeemer” for these two widows (Ruth 3:10-13). Boaz married Ruth, and the Lord blessed them with a child—a boy—who delighted his grandmother Naomi. The child became a pivotal branch on a family tree that would later produce Israel’s most beloved human king (David) and still later the one and only King of kings (Jesus Christ).