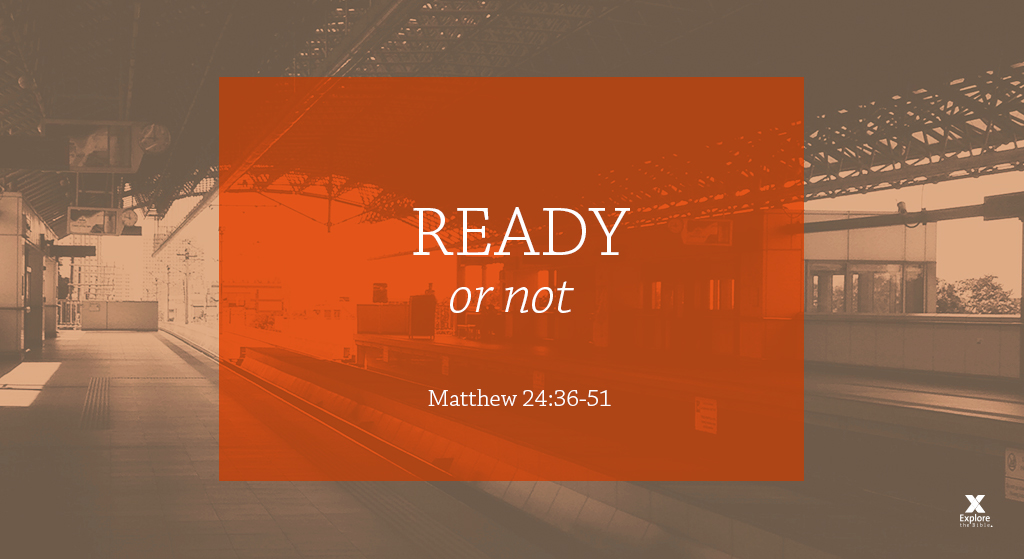 Ready or not, here I come!

Childhood games are mostly just that—fun games to play. But they often contain nuggets of truth about life as well. For example, the game of hide and seek can teach an important truth about the second coming of Christ.

In the waning days of His last week on earth, one of the things Jesus taught His disciples was to always be ready for His return. He had come in the flesh to die on the cross as the perfect sacrifice for our sins. He would be buried, yet in three days He would be raised from the dead and would ascend to God’s heavenly throne to both rule and serve as the believer’s great high priest. Then one day He would return as the victorious King to judge all of the earth’s inhabitants who have ever lived.

In Matthew 24:36-51, Jesus laid out three crucial pieces of information about that inevitable day.

First, no one on earth knows the precise day of Jesus’ return. Of course, throughout church history there have been people who announce they have calculated the day from clues in Scripture. But they have all been wrong. They ignored the simple and clear truth Jesus declared in Matthew 24:36: “Now concerning that day and hour no one knows—neither the angels in heaven, nor the Son—except the Father only.”

Second, everyone on earth needs to be ready for Jesus’ return at all times. Jesus is not counting to fifty as though we were playing a cosmic game of hide and seek. While we may not know the day He will return, we can be absolutely certain that He will return. This is a divine promise. And for this reason Jesus declared, “This is why you also must be ready, because the Son of Man [the victorious King] is coming at an hour you do not expect.” In effect, even before He departed, Jesus said to the world: Ready or not, here I come!

What does it mean to be ready for Christ’s return? Above all it means to come to faith in Him. To believe in Jesus as one’s Savior and Lord. To receive His forgiveness and gift of eternal life. No one is ready for Jesus’ return who has not received Christ as Savior.

Third, believers are to be faithfully serving their Master—that is, carrying on His gospel mission to the world—until the day He returns. Jesus promised that the believer who is found “working when he comes will be rewarded” (Matt. 24:46).

Questions for further reflection: What gives you a sense of peace and confidence about experiencing Christ’s return? If you are a believer, what are some ways you are faithfully serving your Master until He comes again?