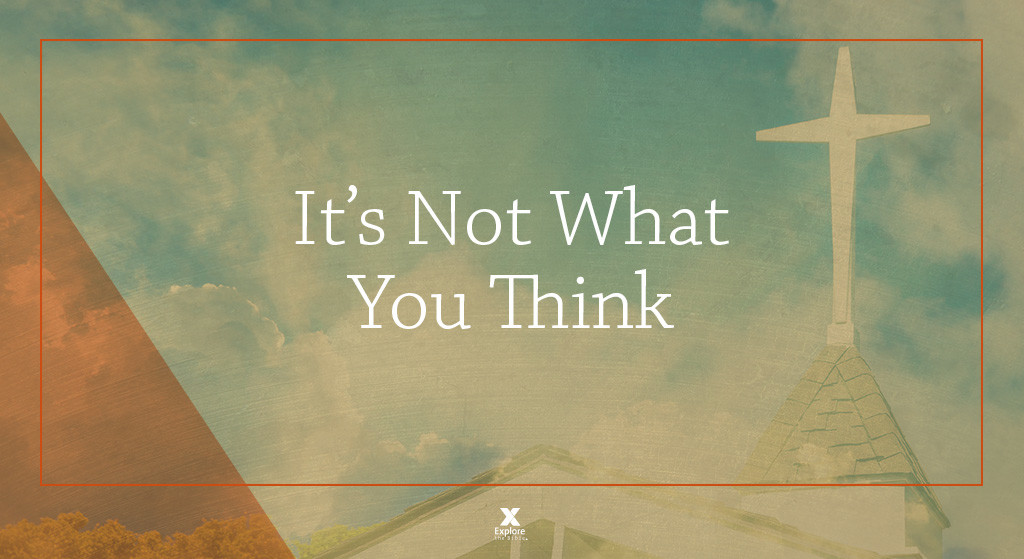 On Sunday, October 30, 1938, hundreds of thousands of American radio listeners tuned in to hear the weekly broadcast of The Mercury Theatre on the Air. That week’s episode, in a tip of the hat to Halloween, was an adaptation of the H. G. Wells’ novel The War of the Worlds, the story of an alien invasion of earth. Dramatized in a series of breaking news bulletins complete with real-sounding names and places, the presentation completely fooled many listeners. They thought an actual invasion by outer space beings was in progress at that moment. Panicked people flooded their police stations and newspapers with calls. Even before the program ended, producers had to go on air with a strong disclaimer about the show’s fictional nature. For some listeners, however, the disclaimer wasn’t enough. They were already convinced the worst had happened.

Isn’t it interesting how often we have a tendency to jump to bad conclusions whenever something happens that is strange or unexpected? If we don’t understand it—well, then it must be something bad or harmful.

In Acts 2, Luke reported that a similar reaction occurred after the Holy Spirit filled believers who were in Jerusalem on the Day of Pentecost following Jesus’ resurrection. Christ’s followers were “all together in one place” (Acts 2:1). Presumably they were worshiping. Suddenly the Holy Spirit came upon the group with an incredible sound that resembled “a violent rushing wind.” At the same time, small, brightly burning globs of fire shaped like flaming tongues rested on each person. These sights and sounds must have seemed otherworldly to those who witnessed them.

What happened next was equally shocking, especially to the gathering onlookers at the scene. The followers of Christ began speaking fluently in languages and dialects other than their own! Jerusalem was crowded at this time with festival travelers from every corner of the vast Roman Empire—from Parthians and Medes in the east (present-day Iran) to citizens of the Imperial City (Rome) in the west. These onlookers stood in wide-eyed amazement, wondering out loud how the followers of Christ were able to speak to them “about the magnificent acts of God in [their] own languages” (2:11).

This was about the time when the human tendency to jump to a bad conclusion reared its head. Some onlookers “sneered and said, ‘They’re full of new wine’” (2:13). In other words, they thought the worst of Christ’s followers. They thought the believers were in a drunken stupor.

Simon Peter boldly took the opportunity to enlighten the crowd. What was happening was not what the skeptics thought but was the powerful actions of the Holy Spirit being poured out on the followers of Christ. From this day forward they were empowered to proclaim the forgiveness of sins in Jesus’ name to people near and far, to people of every language and dialect. The offer of salvation was open to all through faith in Jesus (2:38-40).

Today, as we approach the season of celebrating Jesus’ resurrection, may we who are followers of Christ be reminded and encouraged by the account of what happened on the Day of Pentecost long ago. The Spirit remains with us and in us. The power to proclaim the gospel remains potent. The mission to evangelize remains in effect. May we, as did Peter and other Christ-followers in their day, step out boldly to declare to a skeptical world, “It’s not what you think; it is rather the power of God to experience forgiveness and eternal life.”