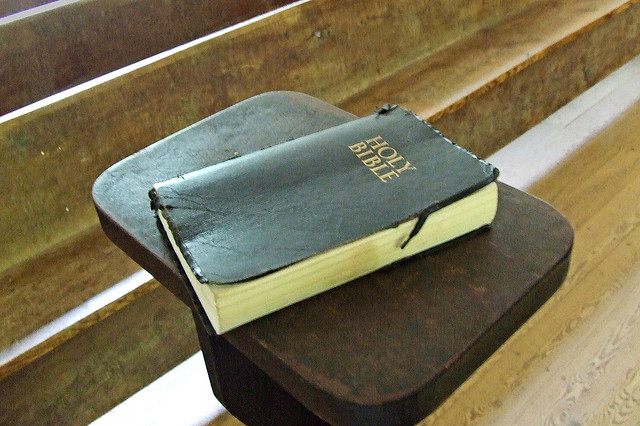 This entry is second our three-part series on common misconceptions of what scripture actually says. On the outset, it might be worth quoting St. Augustine. Let’s be honest. Isn’t there always room for quoting the famous church father? He said, “In essentials, unity; in nonessentials, liberty; in all things, charity.” Questioning the validity of these and other statements may not lead everyone to the same conclusions. In some respects, there is room for debate at the foot of the cross. That is a good thing. Done properly, debate doesn’t make persons into enemies, but even closer friends. That said, on to statement two.

Statement #2: Simply ask Jesus to come into your heart.

Hopefully this semi-short entry will prompt further reading on the matter. The statement above is regarding the most paramount issue within our faith: salvation. How does a person come to Christ? How do we describe the transaction that takes place in a person’s life when Christ’s centuries old sacrifice is applied directly to one’s sin? Simple. Said sinner repents of said sin and asks Christ to enter their heart.

As a Family Pastor, I hear this statement often from parents who grew up in evangelical churches. We don’t use it in our kidmin conversations so the statement itself is always a clear indication that someone comes from a churched background. For concrete thinking kids, the conclusion can be drawn that Jesus must be really small in order to fit in any heart, especially a child-sized one. The subject of this entry is a statement heard often as a key component in the plan of salvation. Challenge is that it’s a statement featured nowhere in scripture.

So where does it come from? Best guess: Jesus’ words in Revelation 3:20. “Listen! I stand at the door and knock. If anyone hears My voice and opens the door, I will come in to him and have dinner with him, and he with Me.” Two things about this verse present problematic when deriving this week’s statement. First, it doesn’t actually describe the metaphor of Jesus coming into a person’s life. In context, this statement is found in Christ’s words to the lukewarm Laodiceans. So, the best interpretation is Christ’s desire for truer fellowship with His church. Second, the verse doesn’t suggest a person [or a church] inviting Jesus anywhere. Instead, the picture is painted of Christ asking to be let in. That opens up an entirely new can of theological worms for an entirely different blog.

Back to the statement. If the Bible doesn’t expressly instruct repentant sinners to ask Jesus to come in their hearts, is the extra Biblical idea still a valid biblical ideal? J.D. Greear devotes an entire book to answering that question along with others worth unearthing regarding salvation. The title is appropriate for this blog. Stop Asking Jesus Into Your Heart. It’s barely bigger than The Prayer of Jabez and worth the read. In it, Paige Patterson writes in his forward explaining that salvation is both the most complicated theological topic within scripture and also the simplest.[1] It’s truly an act of God that none of us can completely fathom this side of eternity and also a gift of God summed up regularly by single verses like Romans 6:23, Romans 9:10, and Ephesians 2:8. Greear spends a chapter unpacking the understanding of what it means for Jesus to have died [read: endured the holy wrath of God against sin] in place of repentant sinners. Christ completely satisfied God’s verdict of death and total separation for those of us who believe. That’s what the Biblical term “propitiation” means.[2]

In one sense, asking Jesus into one’s heart isn’t the antithesis of the salvation equation. A real challenge with the idea, however, is that it falls so very short of what really transpires. You see, becoming a Christian is more than desiring the loving goodness of Christ’s presence and leadership. It’s full-on admission of one’s guilt as a completely wretched sinner in desperate need of forgiveness. Somehow, the idea of asking Jesus into a heart doesn’t carry the weight of, “God, wipe away the horrible guilt stain that is my life and fill me to the brim with your Spirit instead.”

There are far too many other points of issue that could be taken with a statement like, “Ask Jesus to come into your heart.” Bottom line. The statement is not one explicitly present in scripture, nor does it provide an accurate representation of what really happens when a new believer is born.