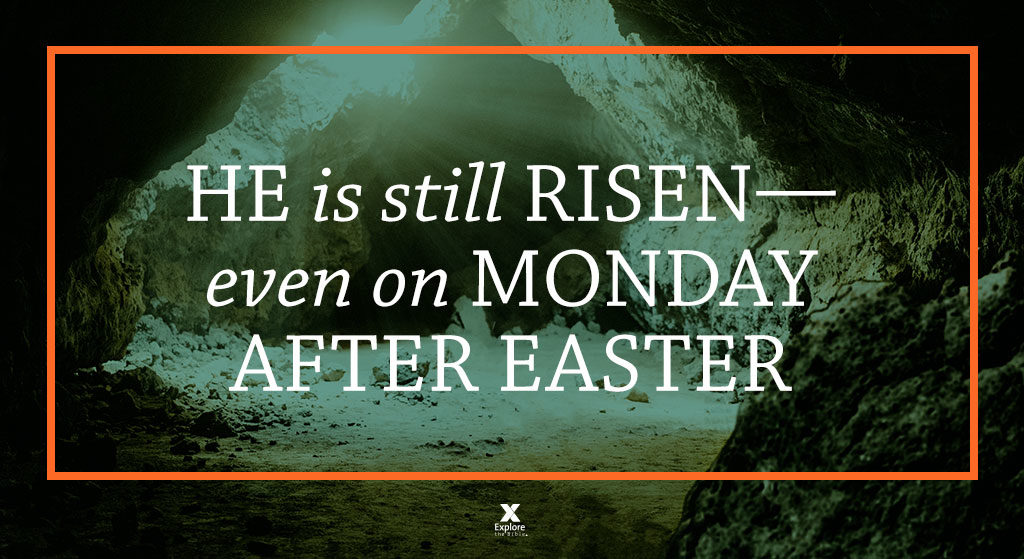 Engage the people who join your church for worship this coming Resurrection morning with love. Engage them with the Bible. Give them something to take with them that God will use to transform their hearts. Let them encounter a culture of love at your church and be drawn upon by the Holy Spirit to come back.

It’s fun to make jokes like, “We’ll see you at Christmas!” because there is some truth to it. However, it’s vital that we as Christians approach wavering believers and skeptics the way that Jesus did. Consider the way Jesus spoke to Thomas in John 20 and contrast it with the way He spoke to the Pharisees. Both demanded proof of Jesus, but each came from a different heart. The Pharisees suppressed the truth, demanded more, and then were filled with murderous scorn when they got it. They were hard-hearted. Thomas, however, embraced Jesus as his beloved Lord.

We’re too hard on Thomas. The moniker “Doubting Thomas” paints a disparaging picture of an incredible apostle. When the early church arrived at India, they found that Thomas had already planted churches there! Thomas had been faithfully at Jesus’ side through His earthly ministry and risked his life after Jesus’ ascension. Jesus knew this about Thomas even as Thomas shot down his fellow disciples over and over again throughout the week following Jesus’ resurrection. He wanted to put his hand to Jesus’ side and touch Jesus’ wounds from the nails before he would believe.

It’s not that Thomas had less faith than the others: it’s that the others had all physically seen the resurrected Jesus. Thomas was given an opportunity that the others missed. He was given the chance to be blessed the way modern believers are blessed; blessed through belief without sight. Jesus said in John 20:29 that those who believe in His resurrection without having seen Him are blessed. That’s us! That’s modern day believers! Of the remaining disciples, only John is recorded as having seen the empty tomb and then believed. Even Peter didn’t quite make the connection. Thomas was actually given a test that most of the others were not given. So, let’s go easy on Thomas.

Furthermore, let’s extend to our Easter visitors the same grace that the resurrected Jesus extended to Thomas. It was fully within Jesus’ rights to appear before them and then chastise most of them for abandoning Him. Instead, He spoke words of peace and immediately put them to work sharing the good news.

That is how the resurrected Jesus spoke to His own befuddled and broken disciples. That is how we should engage our Easter visitors.

I’ve written a 7 day devotional on these final two chapters of John describing the events after the resurrection. They’re available completely for free right here along with a preview of Explore the Bible. Of course, if you are already an Explore the Bible user, then you’ll receive a sneak peak at our updated materials beginning this fall and may opt out of any follow-up messaging intended to invite you to use the curriculum you’re already using.

However, you will also be given a set of resources with which to follow-up on Easter visitors. Among them are the eBook Are There Contradictions in the Bible?, 4 sessions from Explore the Bible: fall 2017, promotional art to invite them to follow-up events, and the 7 devotions I wrote on John 20 and 21.

Give them something on Sunday that will change their lives on Monday. After all, He is still risen indeed.