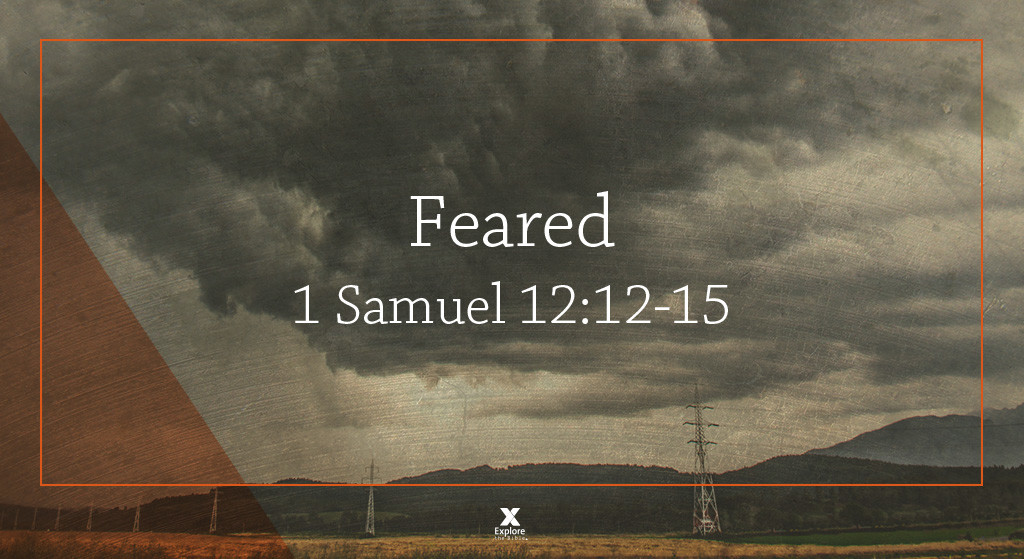 “Give us a king” then people had demanded. If we rewind to 1 Samuel 8, we see the people coming to the prophet Samuel with what seemed like a reasonable demand on the surface. They wanted a king – someone to rule over them like the other nations had. We can certainly understand the demand; Samuel was aging, and his sons were unfit to exercise justice in the land. They wanted some stability in leadership, someone at the top they could count on, in order to make sure their way of life was preserved for future generations.

But couched in their seemingly logical and even wise request was the spirit of rebellion. It wasn’t that God had simply neglected giving them a king, that it was a forgotten item on His divine to-do list. Rather, God had not given them a king because He was their king. And this was one of the marks of distinction of the people of God. When they demanded an earthly king, then, they were rejecting the authority God had over them.

In this passage, Samuel’s final public speech, we see that the prophet had not forgotten about this spirit of rebellion. In verse 12, he points out again their rejection of God, and then in verse 13 he makes sure to emphasize that they chose this king. It was as if the prophet was saying, “You asked for it. Now you’ve got it.” But there is a qualification in verse 14.

The people still had the opportunity to live their lives framed with the fear of the Lord. Though they sinned in their request, they could still make the choice to honor, revere, and stand in awe of the God of Israel. This fear of the Lord is not theoretical or merely intellectual; true fear of the Lord filters its way down into the day to day decisions God’s people make. They consider all things in light of who God is and what He has done, and live their lives accordingly. And amazingly, Samuel said that if this attitude was pervasive among the people, then the king, too, would adopt that same fear.

In other words, the leader they chose would reflect their own commitment to the Lord. It’s a sobering thought for us today as well, for all of us fall under someone else’s authority. But perhaps the lesson here for us, as we have opportunity to express our dissatisfaction, disappointment, or disagreement with the leaders we have over us, whether they be at a governmental, vocational, or church level, is whether those characteristics in our leaders we find distasteful truly mirror what’s inside ourselves. And when our gaze is turned back on ourselves, we can take up the prophet’s old invitation to “fear the Lord, worship and obey Him, and don’t rebel against the Lord’s command.”