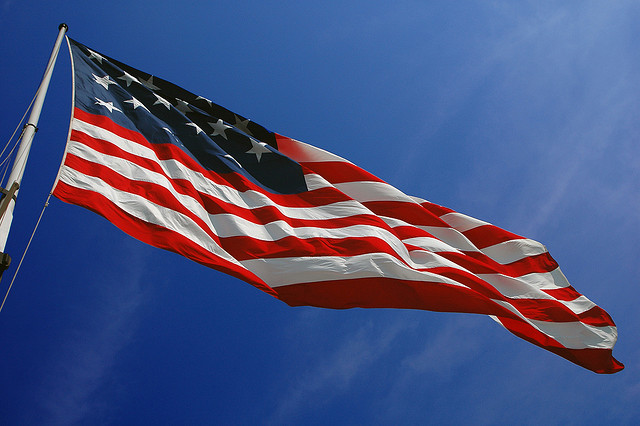 This post is part one in a six-part series we will release each Tuesday based on Dr. David Dykes’ sermon series titled “The Major Message of the Minor Prophets.” Dr. Dykes is the pastor of Green Acres Baptist Church in Tyler, TX.

Judgment is a part of life. It can be fair. It can also be wildly prejudice. No one likes to be judged. It can hurt if we are wrong. But if we have wronged another, a judge must step in set things straight. Judges have a power that is capable of setting the course of man. Laws have been written based on judgements. But there is one judge who is above all else.

His power is unmatched. His wisdom is beyond anything that we ourselves could ever comprehend. The ultimate judge has shown that not only is He capable of unfathomable grace but also capable of unimaginable consequences resulting in death, the collapse of entire cultures and nations and even the destruction of the entire planet, save one faithful man and his family, a LOT of animals and really big boat.

zWe don’t see judgement on this scale though. Not firsthand anyways. We are the benefactors of the unfathomable grace. But what if we weren’t? What if we were still open to judgement in the way we see in the Old Testament? What if America could disappear because it was judged? What if God judged America the way he judged people groups thousands of years ago?

He doesn’t. At least not right now, not until Jesus Christ returns. For now we accept the grace we haven’t earned. But what of the nations that refused grace and judgement was cast? What of those people groups so long ago? Can we learn from them? Yes!

You remember the story of Esau and Jacob? You remember how Esau acted towards his brother and the deception of his father?

And make sure that there isn’t any immoral or irreverent person like Esau, who sold his birthright in exchange for one meal. 17 For you know that later, when he wanted to inherit the blessing, he was rejected because he didn’t find any opportunity for repentance, the he sought it with tears.
Hebrews 12: 16-17

Esau always thought he was owed something and that he was better than everyone and that attitude filtered down through his descendants and the establishment of the nation of Edom. Yes. This mentality served as the ‘constitution of a nation.’

Edom was prideful. They thought they were invincible in battle due to their geographic location. They also refused to help a brother in need. Obadiah, the prophet, warns the people of Edom in Chapter 1 verse 12, “Do not gloat over your brother in the day of his calamity; do rejoice over the people of Judah in the day of their destruction” (HCSB). Edom sat by and let Judah be destroyed. It was this attitude the echoed throughout Edom’s history and ultimately Edom ceased to exist. Nothing could prevent them from being destroyed. God judged them.

The prophet Obadiah conveyed a vision and a message that God gave him and it served as a warning to the people of Edom of what was to come. But Obadiah’s message also serves as a reminder. A reminder to individuals and nations alike. Does it ring true today? It’s easy to say that the nation of Edom existed 700 years before Jesus so how relevant could it be to us almost 3,000 years later? Look at the conclusion of the book of Obadiah.

Where did Joseph descend from? That’s right! Jacob. And who descended from the house of Joseph?Jesus Christ.

Where is Edom today? Did you even really know about the nation of Edom before diving into Obadiah? It’s a nation that turned away from God and is long forgotten. God judged them and their judgment was just.

So could America ever disappear? Absolutely. We may not witness during our lifetime. Physically or eternally, either way, America will disappear.

But what if judgment was coming. What if the Edomites could open their bibles and see the outcome of Obadiah’s prophecy? They couldn’t. It’s unfortunate. What’s just as unfortunate is that there is no Book of (insert your name here.) It would be nice if someone could spell it out for us as individuals and as a nation. But what if you knew a tangible judgment 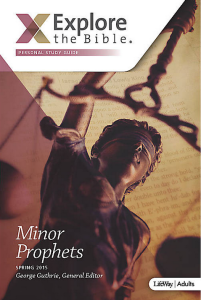 How would you be judged?

To study more of Obadiah and all the minor prophets, check out our study on The Minor Prophets.