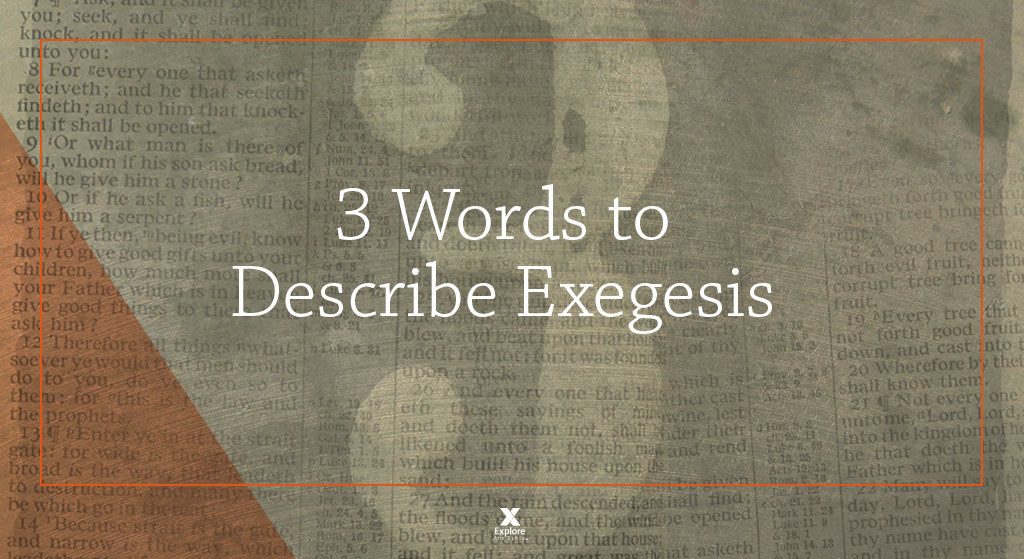 Exegesis—A critical explanation or interpretation of a text, especially Scripture

The word exegesis [ek suh JEE suhs] is derived from a combination of two Greek words: a preposition meaning “out of” coupled with a verb meaning “to lead.” In reference to Scripture, then, the term describes the practice of examining and explaining a Bible text, of “leading out of” the text the meaning intended by its ultimate Author. Exegesis strives to let the text first speak for itself and only then to work out its meaning for readers.

To illustrate: suppose that you were standing before the classic Picasso painting titled Guernica. On the one hand you admire the painting’s brilliant yet unusual cubist form; on the other hand you wonder what on earth the painting was meant to express. You might say, as some art critics do, that the painting means whatever you, the viewer, think it means. But that’s a picture of eisegesis [igh (eye) suh JEE suhs]—of reading into the painting one’s own ideas, feelings, and context. Exegesis has the opposite starting point. It takes the time to research questions such as “Who was the artist?” “Who was the original intended audience?” “What was happening in the lives of the artist and his audience at the time?” “What might the painting have expressed in that context?” Only after gaining answers to these and other questions would the “art exegete” formulate a personal meaning, or application, from the painting.

Suppose now that you were standing at the door of a room in which a Bible study group was meeting. Quietly you observe the participants as they talk openly and seriously about the meaning of a classic Scripture text—let’s say John 1:1-5. How could you tell whether the group was practicing good exegesis as they explored this passage?

Here are three words that would describe the portrait of good group exegesis:

Good exegesis of Scripture, whether done individually or as a group, is first biblical, then meaningful, and finally personal. It is studying the text in its context in order to obey the text in one’s own context. Does your study of Scripture and your group’s discussion of Scripture paint a portrait of good exegesis?