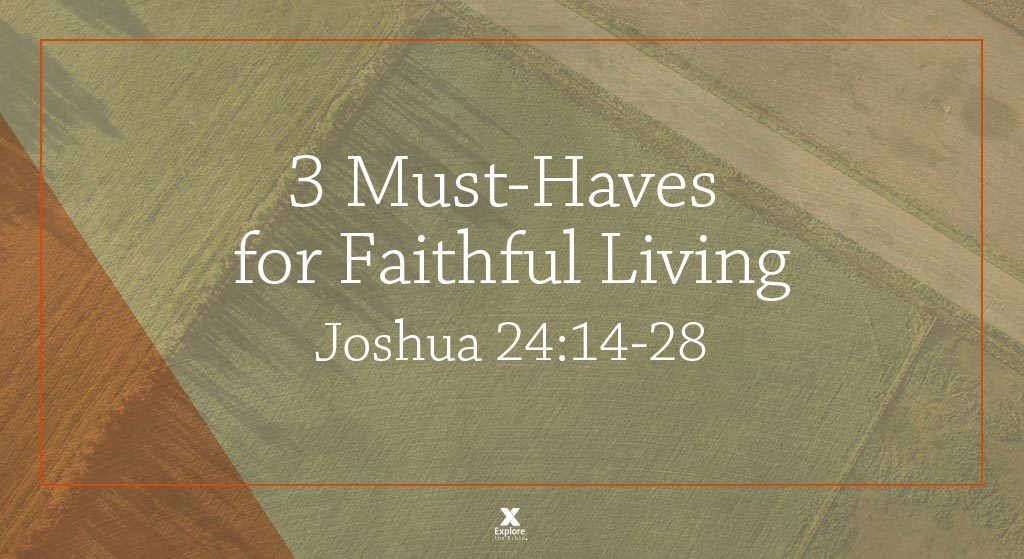 As citizens of the United States, we look back with amazement at the wisdom of our founding fathers. In particular, we marvel at the foresight they showed in hammering out a constitution that remains our binding national covenant to this day. It has been and is the envy of many other nations past and present.

Ironically, history shows that some of the founding fathers had serious reservations about the new constitution. They weren’t sure of its ability to hold together the many diverse groups and interests in the fledgling nation. One poignant and oft-told story from the time illustrates the point. According to the story, the 80-year-old patriot Benjamin Franklin was approached by a group of citizens as he exited the building where the constitutional convention had been held. They asked him what sort of government the delegates had created. Franklin answered, “A republic, if you can keep it.” Winning a revolution on the battlefield was one thing; living out the creed of a democracy over time and in the face of new challenges would be quite another.

The Old Testament people of Israel came to a similar time of decision as their legendary leader Joshua became old and neared the time of his death. This great leader’s capable leadership is summarized in a single verse that reads:

So Joshua took the entire land, in keeping with all that the Lord had told Moses.
Joshua then gave it as an inheritance to Israel according to their tribal
allotments. After this, the land had rest from war.  —Joshua 11:23

Soon, however, the Israelites would have to prove whether they could keep what Joshua had led them to receive from God—a land, a covenant, a nation, and a future. Chapter 24 chronicles an important event, probably a covenant renewal ceremony, at which the aging leader revealed three must-haves if God’s people were to live faithfully and keep what God had given them.

First, the people must have COURAGE. Courage is not the absence of fear. Rather, it is persevering in faith even in the face of frightening circumstances. Joshua led the Israelites to renew their faith in the Lord. To fear the Lord (Josh. 24:14) is to believe that He is bigger, stronger, and more important than anyone or anything else in our lives. If we properly fear the Lord, we don’t have to be afraid of what humans, governments, or nature can do to us.

Second, the people must have COMMITMENT. Joshua 24:19-20 has always intrigued me. When Joshua invited the Israelites to turn away from any and all false gods and to serve only the Lord God, the people readily committed to do so. But then Joshua made a strange statement. He said, “You will not be able to worship the Lord, because he is a holy God.” That reply always seemed to me like a preacher’s giving an invitation for people to come forward to be saved, then telling those who come forward to go back to their seats because they won’t be able to handle the Christian life. In reality, Joshua was testing the people’s commitment. Too often people promise things with words that they aren’t willing to follow through on with actions. Joshua wanted God’s people to live by faith in the bad times just as they did in the good times.

Third, the people needed ACCOUNTABILITY. They needed someone or something (or both) to help remind them of their commitment and spur them to courageous living. For the Israelites of Joshua’s day, that helping reminder was comprised of two “somethings”: a book and a large stone (Josh. 24:26-27). The book was a record of all the Lord’s commands to His people—in other words, Scripture. The stone was not to be an idol but rather a simple reminder, a testimony, of the people’s commitment to serve only the Lord. As God’s people today, believers have no better accountability “partners” than the Holy Spirit who lives in us and the Scripture that He uses to guide us.

How is the Holy Spirit helping you live faithfully today? When has the Scripture given you courage to face a difficult situation with faith?